Khmer is the official language of Cambodia. The Cambodian language is derived from the Mon-Khmer (Austro-Asiatic) language family. Khmer is renowned for possessing one of the largest sets of alphabets; it consists of 33 consonants, 23 vowels and 12 independent vowels.

Even though Khmer is the official language, English is widely spoken and understood. French and Mandarin are also spoken frequently in the country; most elderly Cambodians speak French and many people in the Khmer-Chinese population speak Mandarin.

Cambodia has a tropical climate with warm temperatures throughout the year. There are two seasons in Cambodia. The northeast monsoon season runs from December through April, bringing sunny, dry weather especially in January and February. The wet season from May until September, with the heaviest rainfall generally in August & September

The most famous period in the history of Cambodia is the time of the Khmer empire from the 9th to the 15th century, with its most-imposing monument of Angkor Wat, a spectacular main temple and a city at the same time.

Interesting Fact - In the 1100's when the Khmer Kingdom was at its peak and the building of Angkor Wat, there were 1 million inhabitants. At the same time, London had only 70,000 inhabitants.

The Khmer Rouge, under the Marxist leader Pol Pot, in power from 1975-79, caused the deaths of up to two million people - one of the worst mass killings in the 20th century. They forced millions of Cambodians from the cities to work on communal farms in the countryside. Entire families died from overwork, starvation, disease, and execution. Doctors, teachers and anyone just wearing glasses were killed en masse. The legacy of wiping out the entire educated class is felt till today.

Even though Khmer Rouge was finally overthrown in 1979 the civil war continued for decades. Each Cambodian family has stories to share of their suffering.

Today, tourism and manufacturing are booming. Cambodia is becoming one of "the" travel destinations in Asia and the garment industry represents the largest portion of Cambodia's manufacturing sector, accounting for 80% of the country's exports

Poverty is widespread and yet, being very proud and hardworking, the Cambodians do whatever it takes to make ends meet. But many families in the rural areas earn less than $2 per day and cannot afford to build their own drinking water wells or even send their children to school.

How You Can Help! 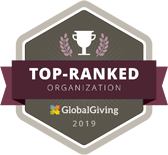 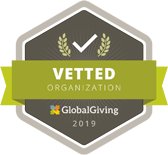